GIVE NOWRegister for Open Door

Stories of young people who connected with our programs, got the support they needed, and began writing their Second Stories. (Note that, unless otherwise specified, names, photos, and identifying details have been changed to protect privacy.)

We're updating this page as new stories and information comes in. Our program staff are working on the front lines with youth and families experiencing homelessness and crises, especially as COVID-19 forces them into a new and more challenging way of life.

Listen to the Second Stories Podcast

The Second Stories podcast is dedicated to telling stories of people who had first stories full of hardship and hopelessness, yet were able to change the narrative and write their own second story. Their stories of resilience and hope, but also tributes to the people and experiences and organizations that made it possible for them to start again.

Listen to the Podcast

“Cyrus” has been receiving support from Second Story through our Rapid Re-Housing Initiative, which is a part of Second Story for Homeless Youth, and got laid off in February from his job at a movie theater. Much of his progress was interrupted by the pandemic. We're working to encourage and support Cyrus through the frustration, and are doing what we can to help him move toward self-sufficiency even in this new circumstances.   [Continue reading]

Asha was making strides in our program when her hours were cut as a result of the COVID-19 pandemic. She’s doing her best to keep up with her bills, but the decrease in income has hit her hard. Second Story is increasing our rent support for her and bringing her food and other supplies weekly. We’re committed to helping her and the other youth in our programs get through this.   [Continue reading]

When Miriam turned 18 she was eager to have some freedom, but things didn't turn out like she had intended - she dropped out of college and became pregnant. To Miriam’s shock, just weeks after she gave birth to her daughter, her parents kicked her out of their home. She spent some time at a homeless shelter before she was introduced to Second Story.   [Continue reading]

“I don’t think I could have made it out of the shelter without Second Story’s help,” “Melody” reflected. In fiscal year 2019, Second Story provided housing, counseling, and support to 32 young families like Melody and their 47 children.  [Continue reading]

Danica had a tense childhood, marked with abandonment and instability. One day, she decided to run away, only to be met with more hurt and betrayal. Danica's grandmother stepped in to take care of her, but before Danica moved in she knew Danica needed help to work through her experiences, so she took her to Second Story for Teens in Crisis.   [Continue reading]

Abel and Tiffany share how Second Story in the Community and Second Story for Homeless Youth changed their lives.   [Continue reading]

From an outsider’s perspective it looked like “Santiago” was simply a rebellious kid. At Second Story for Teens in Crisis, however, counselors worked on getting to know him and learning why he was acting out. He opened up and the counselors were there for him, helping him rewrite the narrative for his future.    [Continue reading]

When Timothy began attending Second Story's Safe Youth Project he was struggling in school. The program coordinator worked to tutor him in the subjects he found especially challenging, and at the end of the school year he won an award for his hard work and progress!  [Continue reading]

"Desiree" became a mom when she was very young. She wished she could provide more for her daughter, but she still had big dreams for the future of her family - she just wasn't sure how to get there until she found Second Story for Young Mothers.   [Continue reading]

“Kerry’s” mom knew money was tight, but she wasn’t expecting to get evicted from her home. She took Kerry and their cats to live at a motel for a while. A few days became a week, and one week became several. The motel was small and Kerry felt her depression growing worse, so she left to start couch surfing and sleeping on the streets.   [Continue reading]

When Marley was kicked out of her home she was almost relieved -- it was her escape from years of abuse. She quickly faced new challenges on her own, though: poverty, anxiety, and homelessness. Now, Marley is a high school graduate. Learn how Second Story helped her get there.   [Continue reading] 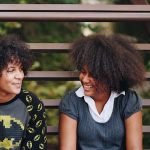 Emmy's dad wanted the very best for his children, but he struggled to make ends meet and his job kept him away from home a lot. Emmy and her younger brother missed him and spent a lot of time alone, until they found the Safe Youth Project.  [Continue reading]

When “Robert” graduated from Second Story for Homeless Youth he felt grateful for the counseling, guidance and help finding a stable place to live. But something stood out even more: he was grateful to know that Second Story staff believed in him, something he hadn’t felt before from the people in his life.  [Continue reading]

"Sam" never had a great living situation growing up, and things got even worse when he was kicked out at 18. For about a year, he crashed on friends' couches and found other temporary places to live. Eventually, he found Second Story. With our help, he was able to graduate on time and is now pursuing higher education.   [Continue reading]

“Henry” came to the shelter after running away several times from his foster family’s home. When Henry turned 18 he would have nowhere to go. Rather than planning on applying for a program like Second Story for Homeless Youth, staff at the Emergency Shelter for Teenagers tried to prepare Henry for a self-sufficient adulthood.  [Continue reading]

Second Stories of Teens in Crisis

Second Stories from the Community

How can I learn more?

Attend an Open Door Information Session! Held on the third Tuesday of every month, you can tour Second Story for Teens in Crisis, meet our staff, and learn more about our programs.

Can I make a monetary donation today?

We are thankful for all of our supporters who contribute funds to help us serve young people. Learn more on our "Give" page or call our development team at 703.506.9191.

How do I volunteer?

There are many ways to get involved on a short-term basis, or for groups or individuals doing community service hours. Long-term volunteers must go through a background check and attend an information session. Contact info@second-story.org.

For administrative matters only: